4 Dangers of Firefighter Turnout Gear After a Fire

Recent wildfires on the West Coast have brought renewed attention to firefighter safety. In addition to facing danger on a daily basis and battling exhaustion, firefighters face risks from the aftermath of a fire. Firefighter decontamination after a fire is an important step to protect their health and safety in both the short and long term.

4 Dangers of Firefighter Turnout Gear After a Fire

After battling a blaze, the risk to firefighters is significantly diminished, but it has not disappeared completely. Some of the ongoing dangers they face include:

Modern building materials and furnishings have chemicals that can be hazardous to health when burned. Firefighters can be exposed to these harmful chemicals even after the blaze is extinguished, because carcinogens from burned materials linger on turnout gear. If it’s not properly decontaminated between uses, turnout gear can be a potential source of exposure.

Used gear that has not yet been decontaminated can leave carcinogens on other materials, potentially leading to additional exposure. This is why it is so important to do some degree of decontamination on-site. By spraying gear with water, or better yet, a solution that deactivates harmful chemicals, the risk of exposure can be reduced. Transport gear in dedicated spaces or vehicles to reduce the risk of cross-contamination and minimize areas that must also be decontaminated. Store gear separately from living and dining areas to keep carcinogens away from furnishings and food.

Unfortunately, the decontamination process can actually degrade turnout gear materials and increase risk of exposure if they are not replaced on a regular basis. Scrubbing decontamination chemicals into gear and high-pressure washing could compromise its integrity. Scrubbing can also drive harmful chemicals deeper into the materials instead of completely removing them, increasing the risk of future exposure. Perform regular inspections to ensure that gear remains in good condition and replace any damaged or worn gear as necessary.

In addition to the short-term risks of exposure to harmful chemicals, long-term exposure can also lead to illness. A NIOSH study showed that firefighters have a higher risk of job-related cancer compared to other professions. One way to reduce exposure over the long term is to maintain two sets of gear so that firefighters don’t have to wear contaminated gear to the next fire event. When budgets don’t allow for two full sets, it is recommended to have at least two helmets and other pieces of gear that touch the neck and head to reduce potential exposure to an accumulation of carcinogens.

Because scrubbing and high-pressure spray can actually contribute to the problem, look for a product that doesn’t require this type of mechanical action in order to be effective. D7, which was initially developed to counteract biological and chemical terrorism, neutralizes chemicals. The scrub-free formula maintains the longevity of gear and also makes on-site decontamination faster and easier, which leads to better compliance.

Just spray D7 foam on gear at the site after the blaze has been contained to neutralize the chemicals on the surface. When back at the station, use D7 in the laundry to address any chemicals left on the clothing worn under gear. No scrubbing is required, and the formulation is safe for the materials used in turnout gear. D7 is NFPA 1851 approved for turnout gear decontamination and has a long history of success in a variety of applications. 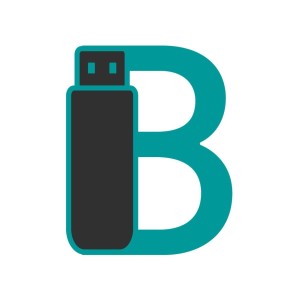